Will raising interest rates and shrinking the table be the signal guns that determine value stocks to outperform technology growth stocks?

Recently, the growth stocks of US stocks have plunged under the sharp rise in the expectation of a round of currency normalization operations such as taper, interest rate hike and scale reduction. Technology stocks represented by Nasdaq performed particularly badly. It even set the worst performance since the bursting of the dotcom bubble in 2000. It can be described as treading on thin ice. When the market plummeted, the confidence of US stock investors was also violently shaken. Raising interest rates and shrinking the table would puncture the bull market bubble of US stocks, thus bringing US stocks to the bull market curtain call performance. Then the key point came:

1.Is the current bubble of US stocks really big? What is the valuation quantile? What is the profit expectation?

3.Are raising interest rates and shrinking the table really the natural enemies of the bull market in US stocks? Will US stocks inevitably fall into a bear market?

Next, we will analyze it in detail.

Review of the last round of currency normalization path and important time nodes of the Federal Reserve and the performance of US stocks; 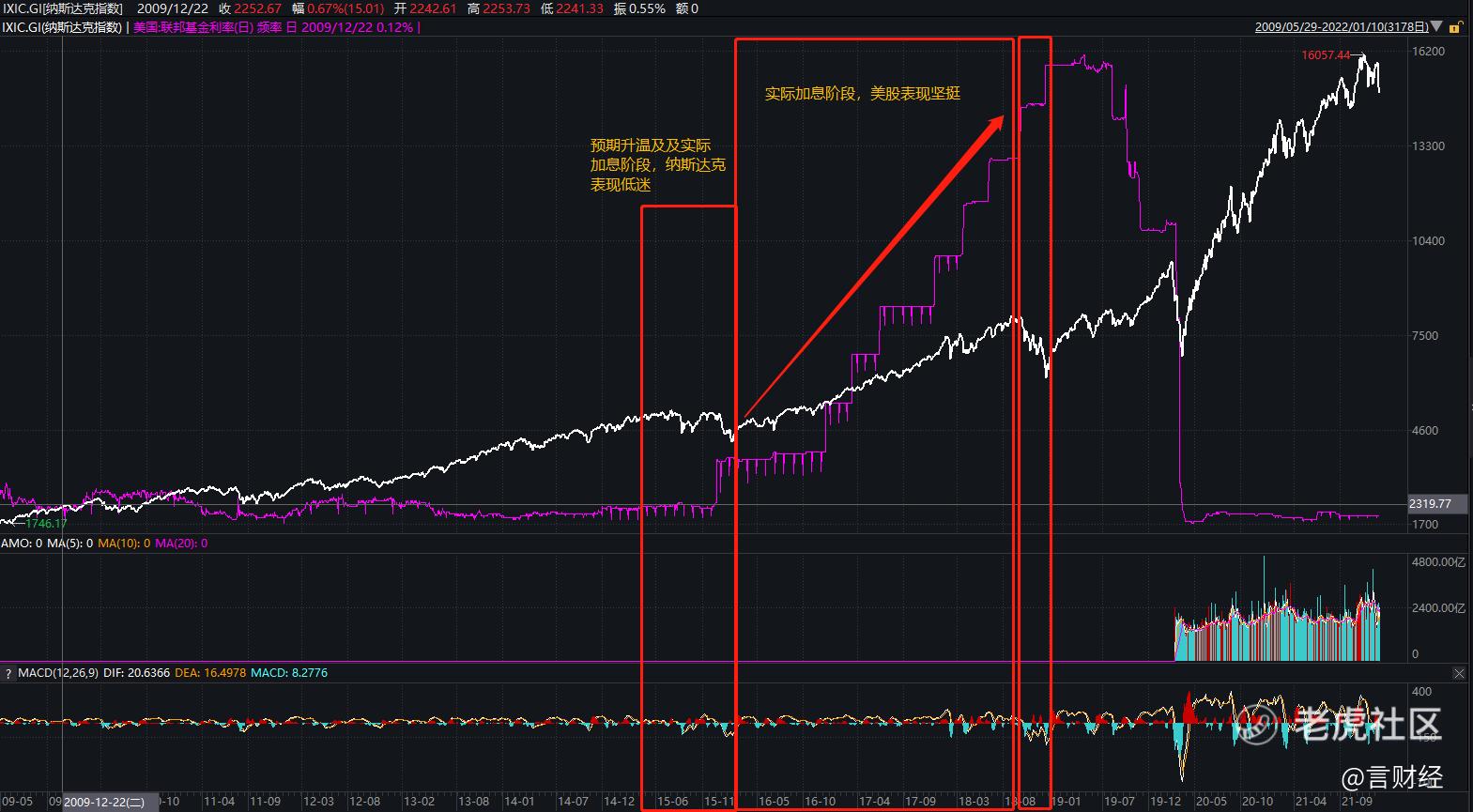 ① On May 22, 2013, Federal Reserve Chairman Bernanke said that he would cut QE3 and officially start the process of currency normalization;

② In October 2013, the Taper for reducing bond purchases is expected to heat up, and the Taper will start on December 18, 2013

③ On October 29, 2014, it was announced that QE3 was over. It actually took 10 months from the implementation of taper to the end of QE3;

④ After the end of taper, the Federal Reserve began to plan to raise interest rates, and on December 15, 2015, the Federal Reserve raised interest rates for the first time, adjusting the federal funds rate from 0.15% to 0.37%. Before the first interest rate hike, Nasdaq's performance was relatively strong. On the contrary, after the first interest rate hike in December, US stocks started a round of adjustment. From December 15, 2015 to February 9, 2016, Nasdaq's adjustment range was close to 14%, and after stabilizing in February, it started a new round of upward movement.

Tunasdaq's stock price trend before and after the first interest rate hike on December 15, 2015

⑤ Shrinking table after raising interest rate:After raising interest rates for more than a year, on April 5, 2017, the Federal Reserve began to release the signal of scale reduction. At this time, it was 16 months after the first rate increase (December 15, 2015), and the daily interest rate of the federal funds was raised from 0.15% to 0.91%. On May 24, 2017, the Federal Reserve proposed to carry out quantitative scale reduction and disclosed it on June 14.On September 20, 2017, the Federal Reserve indicated that it would officially reduce the table from October 2017. When the table was officially reduced, the daily interest rate of the federal funds was 1.16%.Judging from the trend of US stocks, before the scale was reduced, from the trend of Nasdaq index of US stocks, it was an unexpected unilateral rise.

Therefore, by combing and reviewing Nasdaq's performance in the last round of currency normalization, it is helpful for us to correctly understand each stage, the Fed's statement and the impact of interest rate hike and scale reduction on the stock market trend. During the last currency normalization period, the performance of US stocks was still very stable, but there was a round of sharp drop at the end of interest rate hike and scale reduction.

Then why this time, before the interest rate hike started, the Fed will start to shrink its table, and the market performance is very different?

Of course, referring to history is tantamount to carving a boat and seeking a sword. Today's macro environment is very different from that at that time. Since December, US stocks have fluctuated significantly, and growth stocks have ushered in the worst performance in the past decade, which is completely different from the performance in the currency normalization stage from 2015 to 2019.

The combination of "higher valuation level + substantially advanced statement of scale reduction + larger scale possible scale of scale reduction" is the core reason for the recent sharp drop in growth stocks, and it is also the reason why the market trend is different from the last round of currency normalization. Next, specific analysis:

② The accelerated collapse of growth stocks since 2022 is mainly due to the substantial advance of the statement of shrinking the table, which leads to the lack of preparation in the market. It is expected that the rapid advance will bring greater selling pressure on growth stocks. The accelerated plunge since New Year's Day in 2022, Mainly because the Federal Reserve suddenly stated that it would speed up the scale reduction, According to the previous review, The last currency normalization strictly followed the process of "taper-raising interest rates-shrinking the table", The first scale reduction occurred nearly two years after the interest rate increase (the first rate increase in December 2015 and the first scale reduction in October 2017). However, the Fed's statement reduction took place against the background that the interest rate hike has not yet started, Therefore, when the minutes of FOMC meeting were issued in December, it directly accelerated the panic in the market, and the growth stocks were sold crazily, which greatly impacted the growth stocks represented by ARKK. ARKK has been adjusted back by more than 30% since November, and has fallen by more than 10% in just six trading days since January 3, which can be said to bring the jittery growth stocks into full play.

But investors should not only ask, why did growth stocks fall, but the S&P 500 didn't fall much?

Figure the size of Fed assets

Before this scale reduction, The Fed's assets are $8.79 trillion, Compared with 4.18 trillion before the epidemic, A substantial increase of 1.1 times, Compared with 2017, the asset scale is larger. Even according to the last reduction of 15.5%, the scale of scale reduction will reach 1.36 trillion US dollars, which is 32.6% of the assets of the Federal Reserve before the epidemic. If the reduction is larger, the pressure of liquidity recovery will be greater, and the impact on the market will be greater. In the short term, we cannot judge the scale of this reduction, so we can only keep in-depth tracking.

We can see that in the key three years of the last round of currency normalization (2016-2017-2018), The volatility of American stock market is not large. The core point is that starting from 2016, Driven by the tax reform and China's restart of the real estate cycle, the GDP growth rate of the United States improved quarter by quarter, which led to the profit level of US stocks improving quarter by quarter from Q1 2016. Until Q3 2018, the GDP growth rate of the United States peaked and fell, and the EPS growth rate of the S&P 500 index also peaked and fell. After the profit peaked, the stock market really ushered in a * * fall.

Therefore, we can see that, Raising interest rates or shrinking the table affects the valuation level, However, the core variable that determines the rise and fall of the stock market lies in the profit level. Therefore, we can't simply think that the US stock market will plummet if we want to raise interest rates and shrink the table. The core point lies in the sustainability of the profits of S&P or Nasdaq companies under the condition of raising interest rates. If the profits continue to rise, there will be no big problems in the stock market in the medium and long term.

What are the valuation levels of the three major indexes at present? Are the market outlook opportunities of growth stocks far less than those of value stocks?

Standard & Poor's 500, the current PE TTM is 25.82 times, which is 83.91% at the historical percentile, which is higher than the dangerous value. If you switch to the valuation at the end of 2022, it is expected to return to below the median, and the valuation is safe.

The valuation level of Dow Jones is 25.64 times of PE TTM at present, which is 86.78% at the historical percentile, which is higher than the dangerous value, and the valuation is the highest among the three major indexes.

From the perspective of valuation, The valuation of Dow Jones index is the highest in history. And we believe that its profitability sustainability is overvalued by the market. On the contrary, it determines that value stocks represented by Dow Jones Index may not outperform growth stocks in the later period, On the other hand, growth stocks, Recently, due to various expected warming, the valuation has dropped rapidly, In fact, many growth stocks did not rise or even fall in 2021, and have digested the valuation for one year. The recent plunge has led to the valuation falling again. At present, the valuation level of many growth stocks is not expensive relative to their profit growth rate. After this * * fall, it provides a better time for intervention. 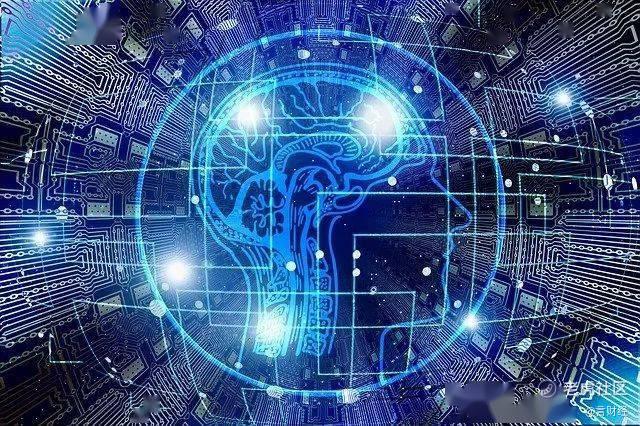