Since the end of 2008, TSMC has increased by nearly 23 times, which is followed by a decade of profound changes in the global semiconductor industry. The specialized division of labor has been further deepened, and wafer foundry has become the biggest beneficiary outside IDM mode. With the deepening of digitalization of human society, From PC to smart phone to autonomous driving and the Internet of Everything, chips, as the digital base, are experiencing explosive growth. In the foreseeable future, in the meta-universe era, the continuous improvement of computing power will bring greater demand for chips. Among them, TSMC, as the leader of global wafer foundry, is undoubtedly the most beneficial water seller.

On January 13, 2022, TSMC announced its latest first-quarter performance. What is the performance in the new quarter? What is the future outlook bag? Let's analyze it together:

From the performance of each quarter in the past ten years, the revenue and net profit of 21Q4 TSMC both reached a record high, and the revenue in a single quarter reached a new high in the past five quarters. The revenue in the next quarter will still accelerate year on year, which is very beyond expectations.

In 2021, TSMC's capital expenditure was US $30.3 billion. Looking forward to 2022, The company maintains the capex guide of 40-44 billion US dollars for the whole year. Compared with last year's increase of 10-14 billion US dollars, YOY increased by 33.3%-46.6%, 70-80% of capital expenditure will continue to be used for advanced processes (including 2/3/5/7 nm), and 10-20% will be used for special processes (mainly mature processes, the company focuses on expanding production by 28nm, and the demand comes from multi-camera driven CIS and non-volatile memory (NVM).It can be seen that TSMC will continue to maintain a high capital expenditure growth. The company said that the expansion of production is mainly due to the structural high growth trend brought by 5G and HPC applications for many years.

N5 entered the third year of climbing production, and the competitiveness of the industry was strong. It is expected that the proportion of revenue will further increase in 2022; N4P 2022H2 has a product plan Tapeout, N4X is more suitable for HPC field, and 2023H1 is risky for trial production. N3 R&D on track, 2022H2 started production, customer participation is higher than N5, and N3E mass production will be one year after N3.

According to the Company's current business prospects, the management expects the overall performance in the first quarter of 2022 to be as follows:

We take the median,Compared with the US $12.679 billion in 21Q1, it increased by 33.29%, while it increased by 7.4% from the previous month. Generally speaking, the first quarter is the off-season of the whole electronics industry, but TSMC's revenue in the first quarter rarely increased compared with 21Q4, which exceeded expectations, reflecting that the demand for chips is still strong.

In the fourth quarter of 2021, TSMC's smartphones, which accounted for the largest proportion of revenue, dropped from 51% to 44%, while HPC increased greatly. In the next few quarters, HPC will probably surpass smartphones to become TSMC's largest source of revenue.

From the perspective of TSMC's terminal applications in 2021, smart phones accounted for 44% and YOY+8%; HPC accounts for 37%, YOY+34%; IOT accounts for 8%, YOY+21%; Automobile chips account for 4%, YOY+51%; DCE accounts for 4%, YOY+2%, others account for 3%, YOY+9%.From the terminal point of view of the whole year, smart phones still account for the largest proportion, but the growth rate is far less than that of HPC, IOT and vehicle. HPC, IOT and vehicle are the new growth points of TSMC in the next decade, especially HPC, CPU, GPU and AIC accelerator are the main fields of preformed HPC.

For the whole year of 2022, TSMC expects the whole semiconductor market to grow by about 9%, and the growth of OEM industry is expected to be close to 20%. The company's business will be driven by the strong demand of leading downstream industries, especially smart phones, HPC, Internet of Things and automobiles. In order to ensure the safety of the supply chain, the company expects the inventory level to be higher than the historical level. Although the short-term imbalance may or may not last, the structure of long-term semiconductor demand increases, which is supported by the industry trend of 5G and HPC related applications. The company also observed an increase in silicon content in many terminal devices, including cars, personal computers, servers, the Internet of Things and smart phones. Therefore, the company expects the production capacity to remain tight throughout 2022.

Looking forward to 2022, we judge that the performance outlook in the fourth quarter and the first quarter exceeded expectations, mainly due to the continuous sales of Apple iPhone13 series and the recovery of HPC business. In the fourth quarter, the recovery of North American cloud vendors' spending drove the server demand to continue to increase. Nvidia and AMD, Maiwell Technology$Marvell Technology(MRVL)$The revenue growth of other companies shows that the demand for chips in data centers is still strong enough, and IOT is expected to continue its high growth. With the gradual alleviation of supply chain and the continuous recovery of demand, we are also optimistic about TSMC's performance in 22 years.

With regard to TSMC's long-term growth prospects and profitability, as technology becomes more popular, TSMC is entering a higher structural growth period, and the world will embark on a 5G era and a more interconnected world, which promotes the huge demand for computing power.In order to make the calculation more efficient, more advanced technology nodes need to be used. Over the years, the trend of 5G and HPC related applications is to try to increase the number of multi-site consortia. By choosing long-term structural growth, a large number of semiconductors are included in HPC, smart phones, automobiles and Internet of Things applications. The company is working closely with customers to leverage our Capex expansion and invest in leading technology to support demand.

Figure the progress of digital productivity

From the perspective of a longer period, in the IOT Internet of Everything and the longer-term meta-universe era, the demand for chips will usher in a long-term upward trend.

According to the trend since the outbreak of the epidemic in 2020, the outbreak has led to physical isolation, business shutdown, school suspension, and the demand for office and teaching has been forced to shift to online, which directly leads to the online migration of enterprises, In this process, The trend of cloud in enterprises is constantly strengthening in the short term, Going to the cloud will inevitably lead to the expansion of the underlying architecture, Promote the rapid growth of chip demand, After the demand for chips increased, Wafer factories began to expand production rapidly, which promoted the shipment of semiconductor equipment to increase greatly. The acceleration of automobile intelligence led to the continuous growth of demand for automobile chips and AI chips, which further promoted the prosperity of the semiconductor industry. This is the root of the continuous growth of Philadelphia Semiconductor Index in the past two years, and behind this is the acceleration of digitalization of all things. 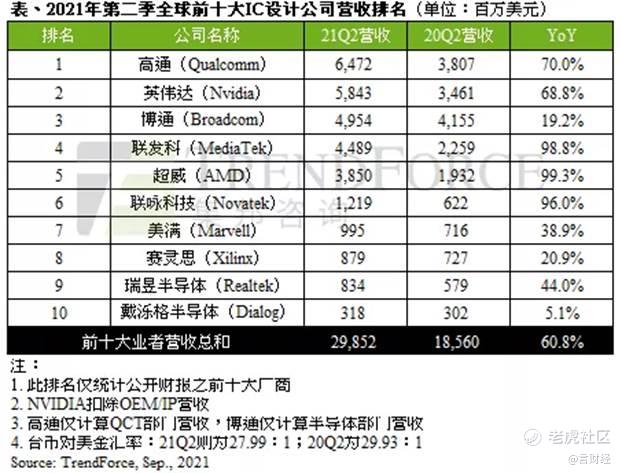 We believe that the core of investment in the digital age is to grasp the key core of "flow", The acceleration of digitalization and the online migration of various life scenes directly lead to traffic explosion, and the storage, transmission and processing of traffic require various chips, and the production of these chips, especially high-end processor chips, are the dishes of TSMC. Therefore, TSMC has become the biggest beneficiary of traffic explosion at the digital substrate level.