🚀 's "January 7th" non-agriculture is coming! The Federal Reserve accelerates the tightening of monetary policy. What will it buy today?

Talk about today's trading ideas, including the follow-up views on the market trend? Which stock is bullish/bearish, sun-drying list and so on. 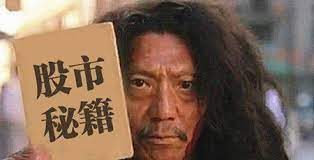 Nuohui Health jumped 14.75% to HK $22.1, with the latest market value of HK $9.5 billion. The company announced last night that its Helicobacter pylori detection product Youyou Tube has obtained the application for registration of three types of medical devices approved by National Medical Products Administration (NMPA). This is the first Helicobacter pylori detection product approved by the State Food and Drug Administration in China, which is suitable for "consumer self-test". Recently, in the 15th Carcinogen Report released by the US Department of Health and Human Services (HHS), chronic infection caused by Helicobacter pylori was listed as a clear human carcinogen. Yesterday, A-share related concept stocks rose collectively.

US stocks closed down on Thursday, the Dow closed down 170 points, and the Nasdaq recorded a third consecutive trading day of decline. The prospect of faster tightening of monetary policy by the Federal Reserve has put pressure on stock indexes. A Fed official said that the Fed may raise interest rates and then scale down its table as early as March. The number of jobless claims in the United States increased by 207,000 last week, exceeding expectations.

Concern: Today, the United States will release December non-agricultural data. After the minutes released by the Federal Reserve were more hawkish than all parties thought, it raised its bet on raising interest rates in March and paid more attention to non-agricultural performance. The market expects that the number of non-farm payrolls will increase by 425,000 in December, far exceeding the increase of 210,000 in November; The unemployment rate will fall from 4.2% to 4.1% in December.

In terms of other Chinese stocks, shells rose by over 10% and Fog Core Technology rose by over 8%.$JD.com(JD)$Up nearly 6%, Baidu, Weibo, Alibaba, car home and Zhihu rose over 4%.

Crude oil futures rose for the fourth consecutive trading day on Thursday and hit the highest closing price in seven weeks, continuing the strong start of 2022. The riots in Kazakhstan and the interruption of crude oil production in Libya have boosted oil prices.

Barbara Lambrecht, commodities analyst at Commerzbank, said Kazakhstan is producing 1.6 million barrels of oil a day and the unrest has spread to the oil city center in the west of the country.

You are welcome to comment and forward today's trading ideas, including your views on the follow-up of the market trend? Which stock is bullish/bearish, sun-drying list and so on. In fact, in fact, the