In 2021, the top five domestic brands detonated the marketing logic behind the Internet

Overview of this article: 2021 has been a turbulent year for many industries.

In the short two years since the outbreak of the epidemic in the world, too many industries have ushered in the winter under the influence of the epidemic.

However, the outstanding achievements and national superiority in China's anti-epidemic work have made generate a stronger sense of national pride and self-confidence. At the same time, domestic products also ushered in rapid development during the epidemic.

This paper will cite five domestic brands with great scenery in 2021. From the successful experience of these brands, we can find that their success cannot be separated from an important factor-marketing.

For example, Haidilao, once the big brother of the catering industry, was affected by the macro environment, which led to a sharp drop in passenger flow, and at the same time highlighted many other fatal problems.

The education industry has also been hit by the impact of the epidemic and policy reasons, and ushered in the winter of the industry. New Oriental, Learning and Thinking, Good Future and other industry giants suffered heavy losses, and once the all-powerful giant education even had to declare bankruptcy because of the large funding gap.

On the other hand, the major Internet giants are also suffering slightly this year. Iqiyi and ByteDance have laid off employees to protect themselves; Didi was removed from the shelves on the 5th day of listing because of "serious illegal collection and use of personal information".

HNA, which was always able to save itself from danger, also stumbled this year and declared bankruptcy and reorganization.

On the whole, 2021 is full of ups and downs, turbulence and uneasiness.

However, several are happy and several are sad. In such a tense environment, many domestic brands have gradually come to the fore and developed rapidly this year.

In the past two years, under the background of the continuous spread of the global epidemic and overseas turmoil, China's anti-epidemic actions have been carried out in an orderly manner to ensure the health and life safety of the people to the maximum extent. In times of crisis, the superiority of our country has greatly stimulated the superiority and national pride of our people.

In this mood, Chinese people began to spontaneously support domestic brands and promote traditional culture. It can be said that the rise of domestic products is inevitable by chance. Hongxing Erke was a crumbling and forgotten domestic brand for many years before July this year. However, after making a low-key donation of 50 million yuan in Henan flood in July, Hongxing Erke successfully turned over with a series of online publicity.

According to reports, from July 22 to 5 pm on July 24, Hongxing Erke sold 160 million yuan in Tik Tok in just two days, with a year-on-year turnover increase of 52 times.

What is more noteworthy is that in the 2021 "China's 500 Most Valuable Brands" released by the World Brand Lab this year, Hongxing Erke successfully took the second place with a brand value of 40.065 billion.

Honey Snow Ice City, a niche milk tea brand that has been tepid, let everyone know this brand with a magic divine comedy this year. Driven by this Divine Comedy, Honey Snow Ice City has gradually expanded from the original third-, fourth-and fifth-tier cities to first-and second-tier cities.

As of this year, Honey Snow Ice City has 20,000 stores nationwide, directly doubling the number of stores in 2020; And the valuation has exceeded 20 billion yuan.

This year, the brainwashing divine comedy and overwhelming advertisements of cheese brand Miaokelanduo also made more people know and choose it. 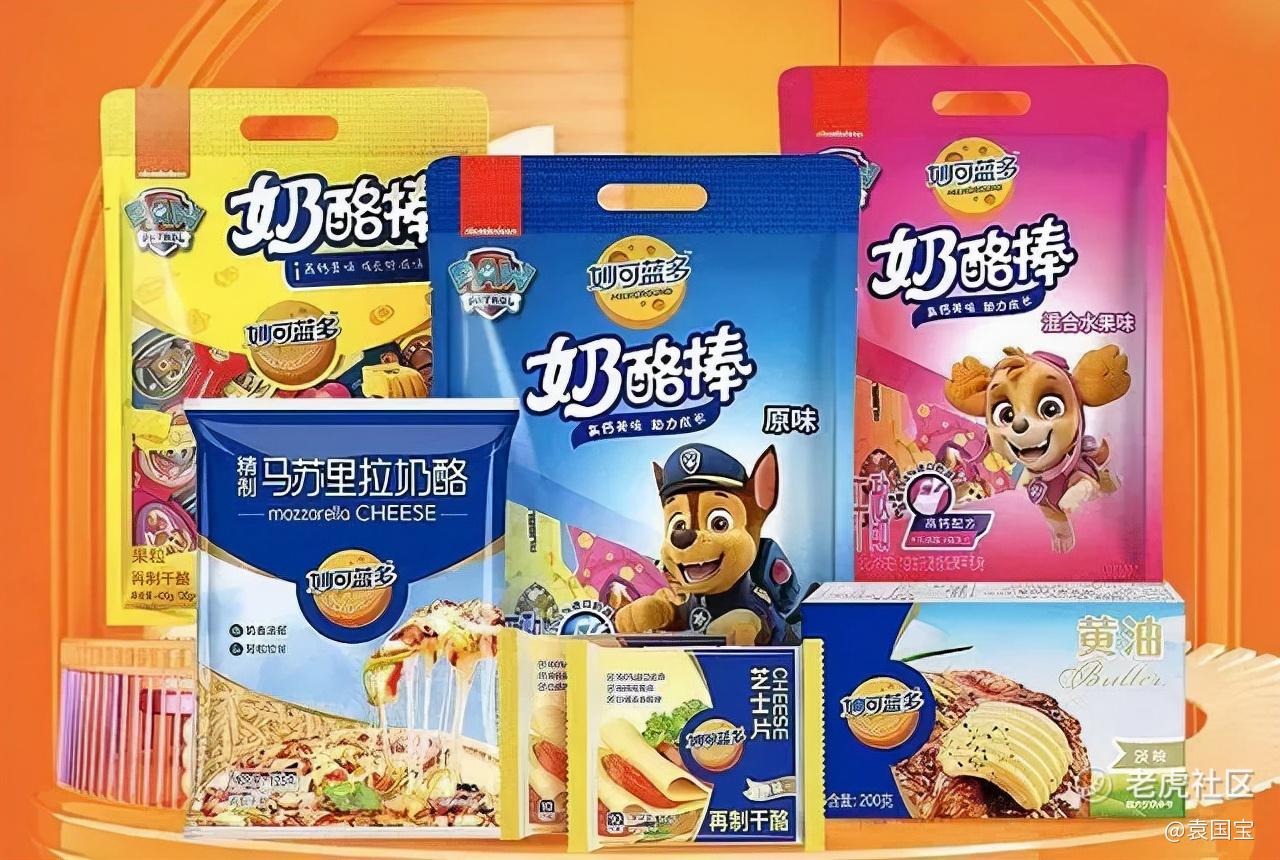 Yuanqi Forest has nearly tripled its financing valuation in less than one year from a new drink that was unknown last year.

Although these five domestic brands are suddenly popular at first glance, their success is not accidental.

The "attention bias" theory holds that the more frequently a consumer sees your advertisements and messages, the more likely he is to make purchases from you. This year's hot five domestic brands confirm this theory. Looking back at the success of these five domestic brands, it is inseparable from an important factor-marketing.

For example, Hongxing Erke, which is on the verge of bankruptcy, detonated the whole network traffic after it was revealed by netizens in July this year that it made a low-key donation of 50 million yuan for Henan rainstorm. Through this incident, Hongxing Erke was also labeled as "patriotic", which was publicized and supported by Weibo Big V and netizens.

Driven by the labels of "patriotism" and "light of domestic products", Hongxing Erke was successfully promoted to online celebrity, and the voice of supporting it was higher and higher.

With the support of everyone, Hongxing Erke became angry. The patriotic image of the enterprise makes him a well-deserved "light of domestic products".

Honey Snow Ice City and Miaokelanduo's fanatical marketing also need not be explained too much.

After entering the market of first-and second-tier cities from third-and fourth-tier cities, niche milk tea honey snow ice city adapted a brainwashing divine comedy for itself in order to successfully occupy a place in consumers' hearts, accompanied by the brand mascot-Snow King's magic dance, which was widely promoted on major social platforms, making the audience unforgettable.

Magic adaptation of Divine Comedy and famous spokespersons frequently appear on major billboards and TV, and also appear in the hearts of more and more consumers.

Yuanqi Forest and Dongpeng Special Drink, which have been unknown for many years, have also succeeded in advertising and marketing this year.

This year, Yuanqi Forest, which has positioned itself as a "sugar-free expert", has become an instant hit with its pioneering image of "0 sugar, 0 fat and 0 calorie" bubble water and a large number of advertisements, occupying an unsurpassed position in "sugar-free drinks".

It is worth mentioning that Yuanqi Forest, which has just been established for 5 years, has always paid attention to advertising and marketing. When it generates 2 billion revenue, it dares to take out 1.8 billion for advertising, so that more people can pay attention to it. Therefore, Yuanqi Forest can greatly increase its fame this year, which may be inseparable from its years of publicity and accumulation

This year's dark horse Dongpeng Special Drink in the beverage industry has also started crazy advertising marketing in the past two years.

Advertising in various TV dramas and variety shows is overwhelming, and Dongpeng special drinks are almost everywhere. This year, Dongpeng Special Drink was finally noticed by more young people with its crazy advertising marketing and novel packaging, and successfully moved from Guangdong market to the whole country.

From the successful experience of the above five domestic brands, it is an important step for the brand to succeed to conform to the trend of marketing and publicity.

Of course, in addition to fighting a good marketing war, there are many factors contributing to the success of the brand. For example, Hongxing Erke, Honey Snow Ice City and Dongpeng Special Drink not only attack the national market, but also take good care of the needs of consumers in the sinking market and establish an image of "good quality and low price" among many drinks.

The reason why domestic brands can be so beautiful in 2021 is mainly due to the enhancement of young people's patriotic feelings and the change of consumers' cognition of domestic products.

In the process of fighting the epidemic in the past two years, young people are more fully aware of the strength of the country, which further deepens the national pride of Chinese people, and gradually changes from a slogan to practical action in supporting domestic products.

On the other hand, domestic products themselves are constantly developing and progressing. Today's domestic products are no longer synonymous with "fake" and "fake", but have changed from "Made in China" to "Created in China". Not only the quality of products has been affirmed by everyone, but also domestic brands that know more about Chinese consumers have attracted more and more young people in terms of product innovation.

Nowadays, when young people face domestic products, they have changed from "low" to "quality is not worse than foreign brands" and "cost performance is high".

In a word, the scenery of domestic products and the rise of domestic brands cannot be separated from the prosperity of the motherland, but also stems from the increasingly strong national pride and self-confidence of ordinary people, who are more willing to accept and like domestic brands.

Because people trust in the quality of domestic products and have full confidence in domestic brands, with the development of time and the progress of science and technology, domestic brands also occupy more and more domestic markets and gradually expand overseas.

In addition, the rapid development and further rise of domestic brands are inseparable from innovation and publicity and marketing, and more importantly, meet the needs of consumers; Services, technologies and experiences centered around consumers also need to be constantly updated and iterated to meet the new needs of consumers.