Economic data: The 2-year and 10-year Treasury yields inverted for the first time since 2019 following negative economic data. Core PCE (Price Consumption Expenditure) Price Index, an indicator that the Fed uses to measure inflation rose to 5.4% year-over-year, the highest reading in 40 years. This was followed by a US non-farm payroll rise of 431,000 which was below the median expectation of 490,000. An inversion of the yield curve is used by traders as a possible indicator of a recession which could foreshadow a sell-off in equity markets.

A yield curve inversion tends to foreshadow a recession

US oil reserves: US President Joe Biden announced on Thursday the largest-ever release of oil from the country’s emergency stocks in an attempt to cool crude prices that are feeding into high inflation across the economy. According to CNBC, the average daily amount released from global strategic reserves should exceed 1 million barrels. In an attempt to reduce its reliance on foreign imports, Biden also plans to invoke the Defense Production Act to support the production and processing of minerals and materials used for large capacity batteries like lithium, nickel, cobalt, graphite and manganese. 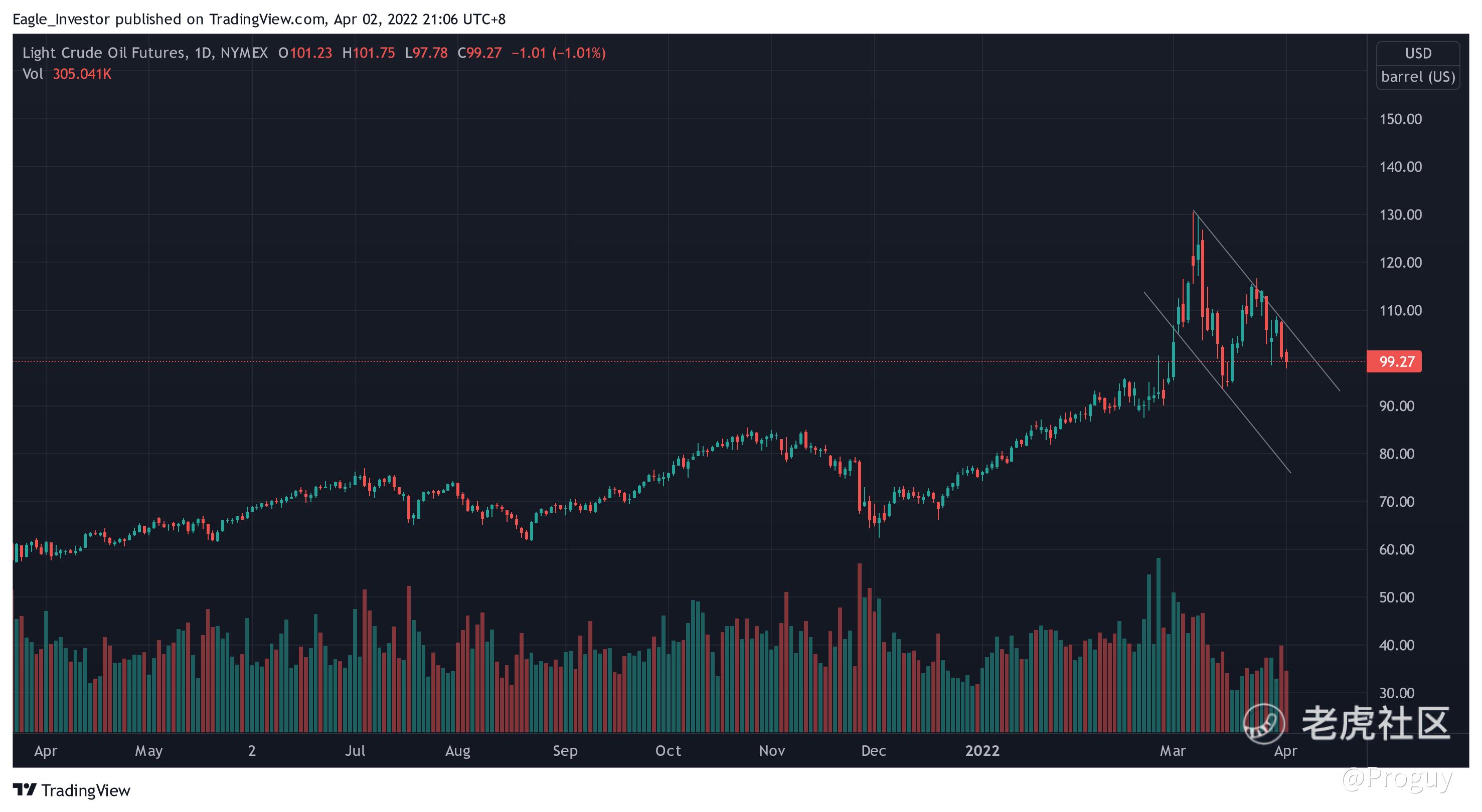 Crude oil prices are currently in a downtrend

Chinese regulators: In an attempt to prevent the delisting of Chinese companies from the US stock exchange, Chinese authorities made a rare concession to give U.S. regulators full access to auditing reports of the majority of the 200-plus companies listed in New York. The revised draft rules deleted the requirement that on-site inspections should be mainly conducted by Chinese regulatory agencies or rely on their inspection results. Chinese Big Tech companies rallied following this piece of good news.

What to watch next week?

Bitcoin Conference: Bitcoin 2022 Conference will be taking place in Miami, Florida from 6-9 April. Speakers at the event will include the President of El Salvador, Paypal and Palantir (PLTR) founder Peter Thiel, MicroStrategy's (MSTR) Michael Saylor, ARK Invest's Cathie Wood and Riot Blockchain (RIOT) CEO Jason Les. It would be interesting to see if Bitcoin can break the key $50,000 psychological price level. 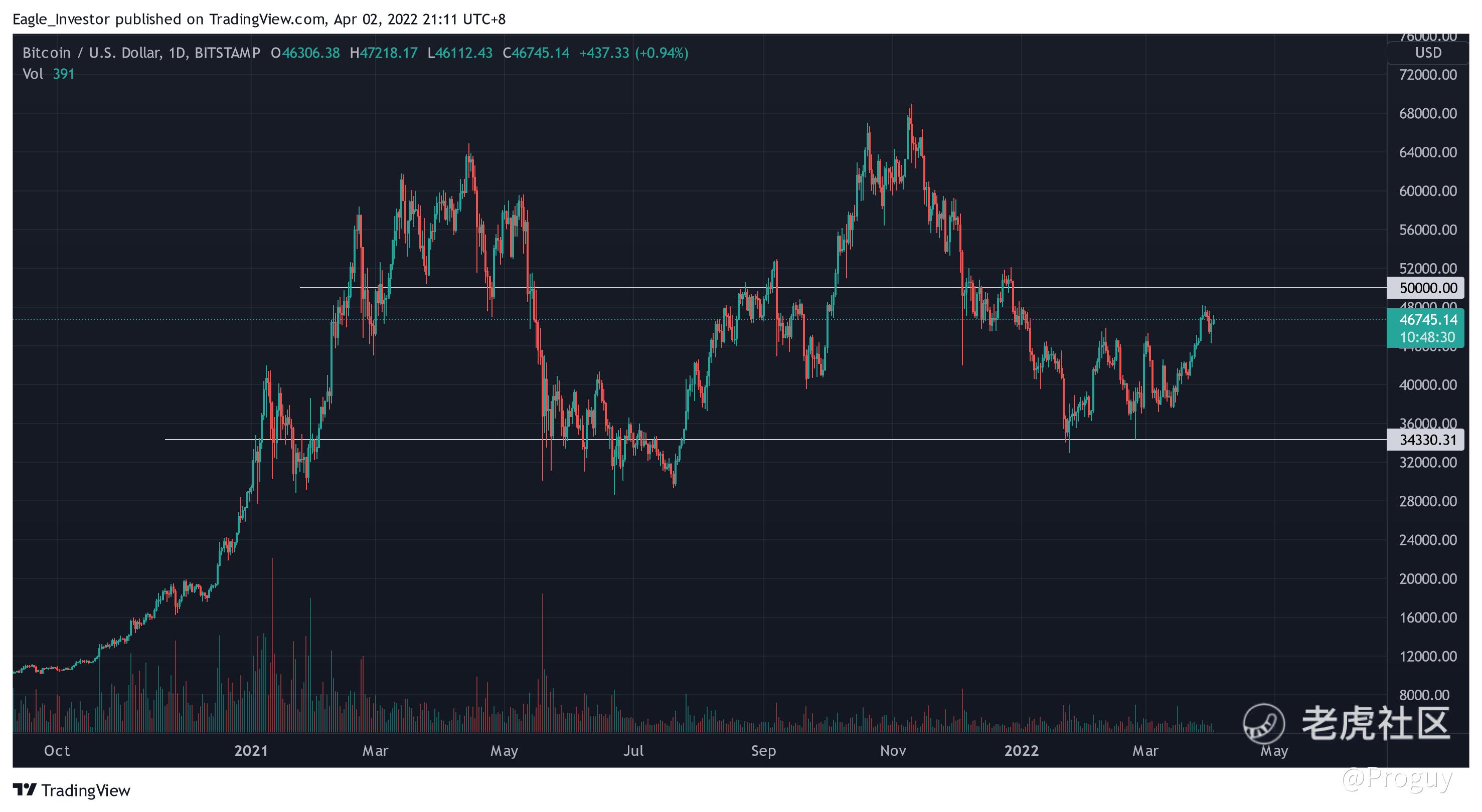 FOMC minutes: On Wednesday, the Fed is scheduled to release minutes from its March meeting, where it raised interest rates for the first time since 2018. Traders will be looking for more details on how the central bank plans to shrink its balance sheet. Other economic data scheduled to be released next week include US Services PMI and Initial Jobless Claims.

What do the charts say?

$纳指ETF(QQQ)$: Rejected the 200 SMA following the negative economic data last week. Bears are likely to push the index lower. Support can be found at the $352 or $338 level 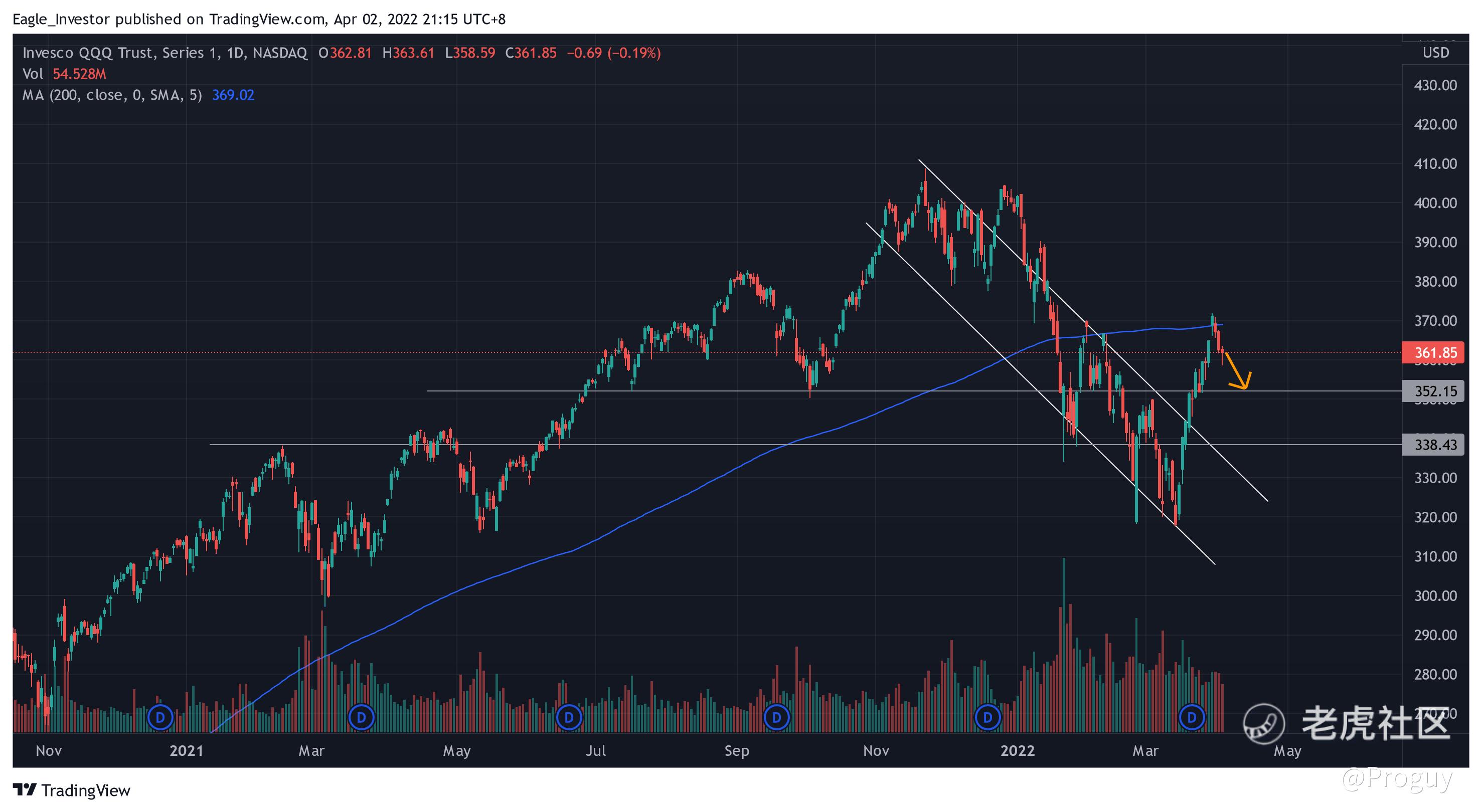 $标普500ETF(SPY)$: Slightly stronger than the QQQ as it is still above the 200 SMA. However, it is likely to be dragged down by big names such as AAPL, AMZN and GOOGL due to their correlation with the QQQ. 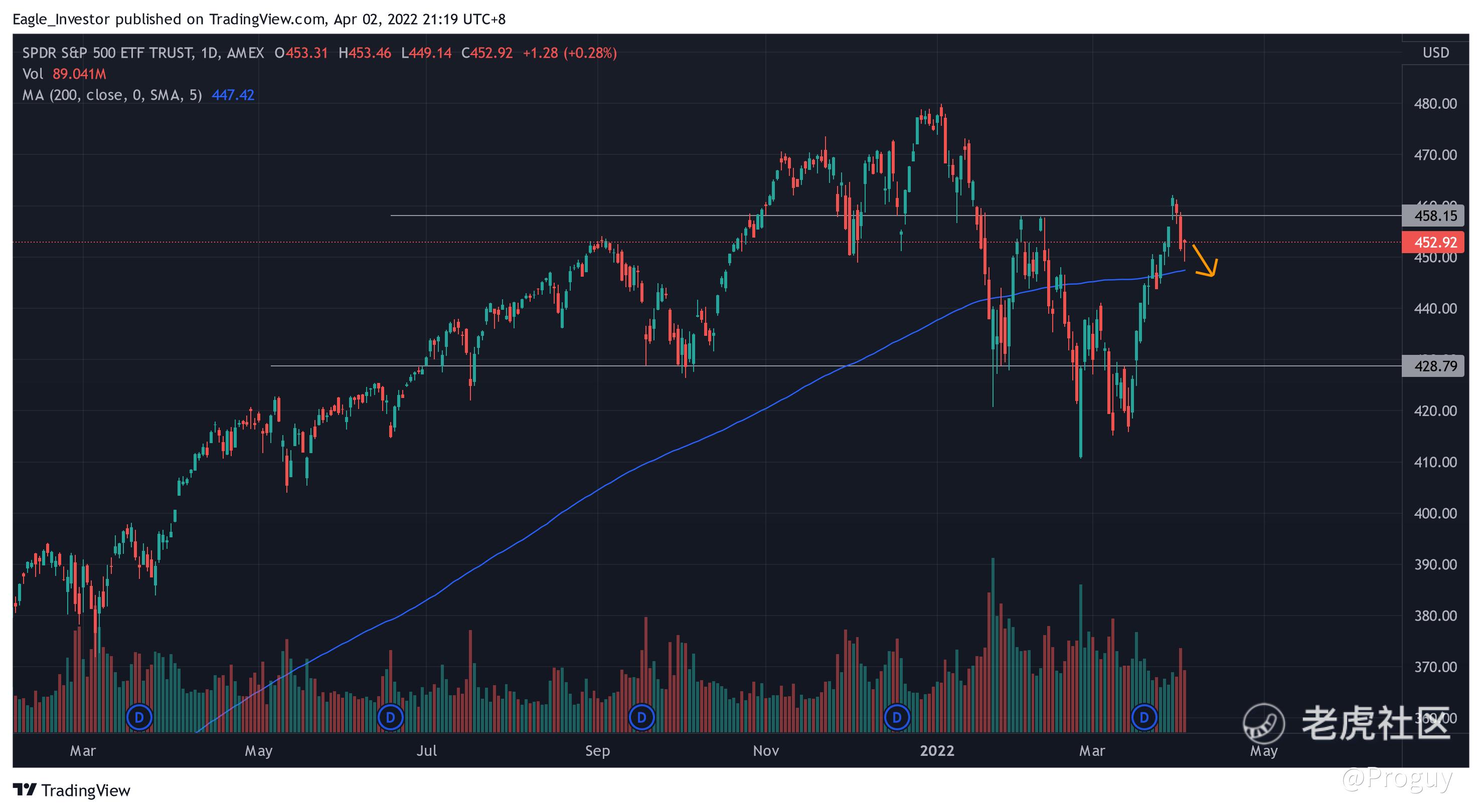 Disclaimer: For investors trading during this period of high volatility, proper risk management including the use of stop-losses and position sizing should be exercised as a form of caution. Conduct your own due diligence before entering into a trade/investment.